Artificial Personality Box explores, observes, and critiques the human ambition to incorporate personalities into objects by means of technology.

We humans have had an urge to incorporate human-like characteristics into objects for as long as we existed. This is not just a characteristic of the modern human being, we leave signs of this determination starting with Ancient Egyptian stuffed dolls, and continue by crafting avatars in our digital worlds. With advances of virtual technologies and a vast number of other mediums, the human ambition to incorporate personalities into objects does not seem to perish. 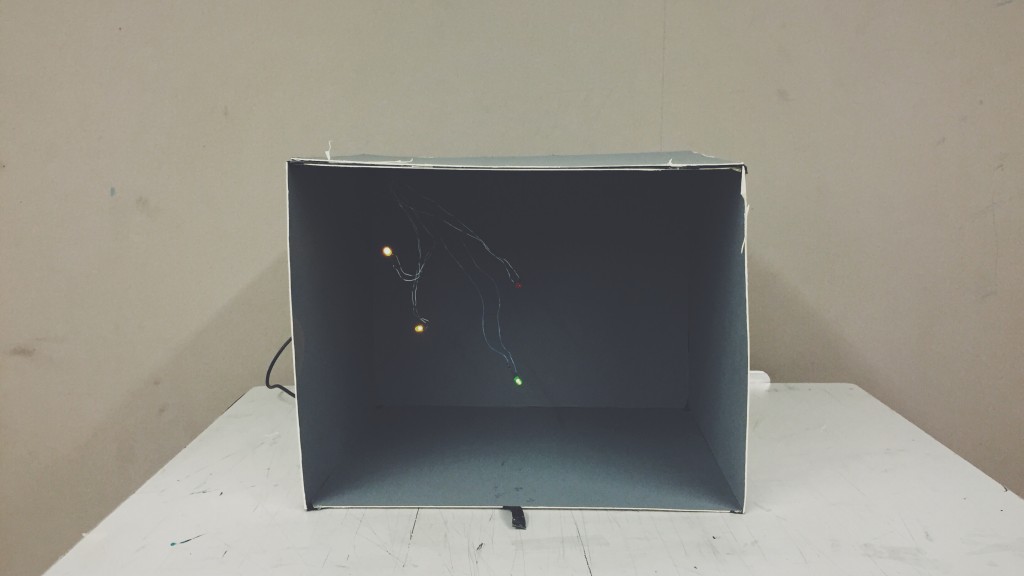 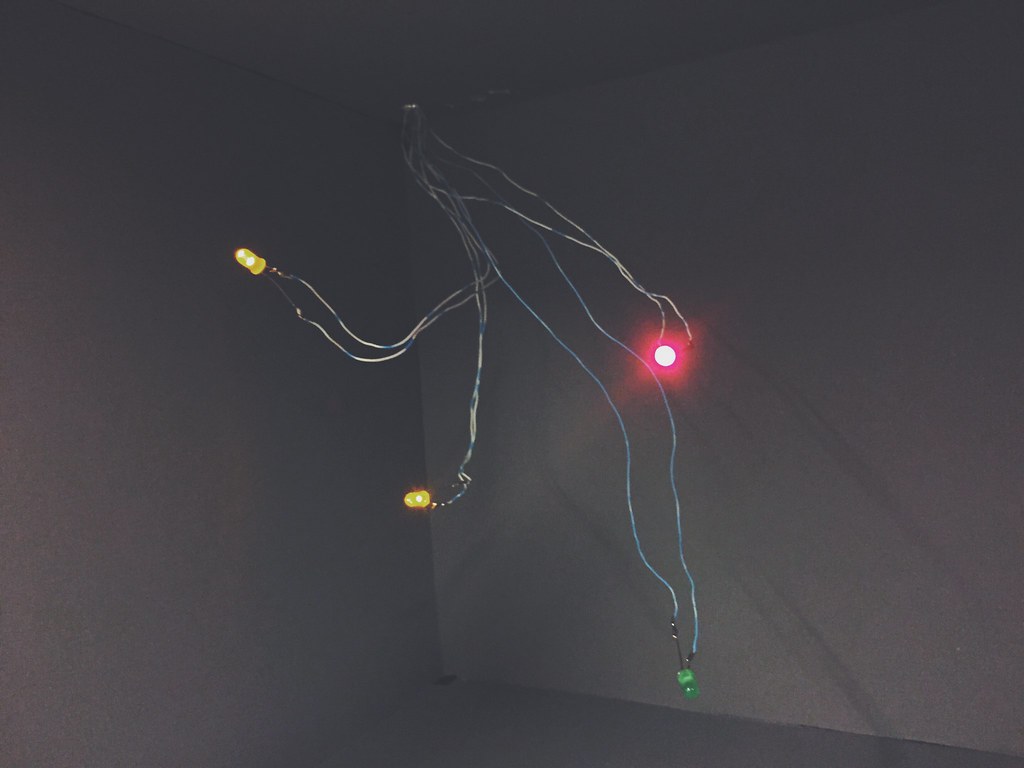 The prompt for this project was to create a piece that represents our personality and/or biography. My project falls closer into the former group since I decided to explore the ways of transferring my personality into an artificial body. The outcome is a box that expresses its intellectual ability by blinking four LED lights inside a box. This approach seeks to emphasize on the eccentricity of when an artificial personality is contained in an object.

A scene from Ex Machina (2015) where an iterative version of a robot becomes aware of its confinement. In the end, the robot gets disassembled and its mind uploaded and archived for the next iteration of the robot.

Eva is the main robot-protagonist in movie Ex Machina (2015) who managed to escape its confinement.

My primary inspiration was the outburst of excitement and skepticism that followed the recent breakthroughs in Artificial Intelligence (AI) research. The movie Ex Machina (2015) also very well illustrates the perplexities that arise when designing methods for controlling an AI. An AI could be able to think millions of times more efficiently than any human, and could potentially outsmart almost any man-made confinement.

These breakthroughs are made at an ever increasing rate. The year 2015 for example, was commonly pronounced as the “breakthrough year in AI” by the scientific research community. The pace of this research shows that Artificial Intelligence (AI) and Artificial Personalities might soon become a reality. I was therefore motivated to explore the state a human personality if it were to be transferred within an object. 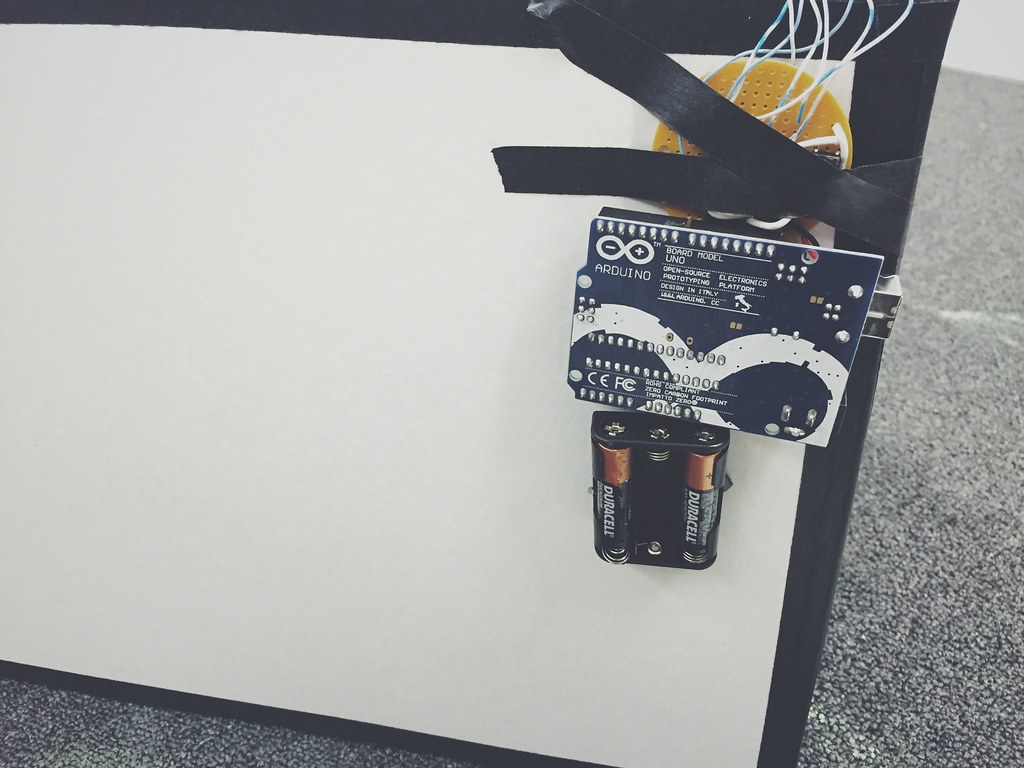 After being transferred into an object, would a personality feel humiliated after realizing that its mode of existence had been altered? Would a human personality rebel if it were to be confined within the existential boundaries of a box? If the object with a human personality gains an opportunity to rebel or cause harm, would it do so? Asking these questions might have to be crucial before something like AI becomes a reality. The narrative that is shown in the video emphasizes on how a harmless human personality transformed into a completely unexpected form. AI might pretend to be friendly to humans and then decide to gain a strategic advantage at an unexpected moment. In this narrative however, the Artificial Personality is being more honest by conveying its intentions in its speech.

I tried to imagine the reactions that might follow if my personality were to be transferred into a material object. First of all, a machine-like me would not have the same priorities as I do since its medium of existence is entirely different from mine. It exists as a material consciousness, and I exist as a biologic being. The consequence of this is that my personality contained within the box, would regard living beings more objectively then I would. That is, my personality might start treating humans the same way humans treat everyday objects. This is a consequence of my personality no longer possessing the subjectivity of a biologic human being. The consequence, is that my artificial personality would be prone to malevolent behavior. Although this behavior might seem like a revenge on the part of my artificial personality, it is what I claim to be an inevitable consequence that follows when a personality or an intellect is enacted artificially. 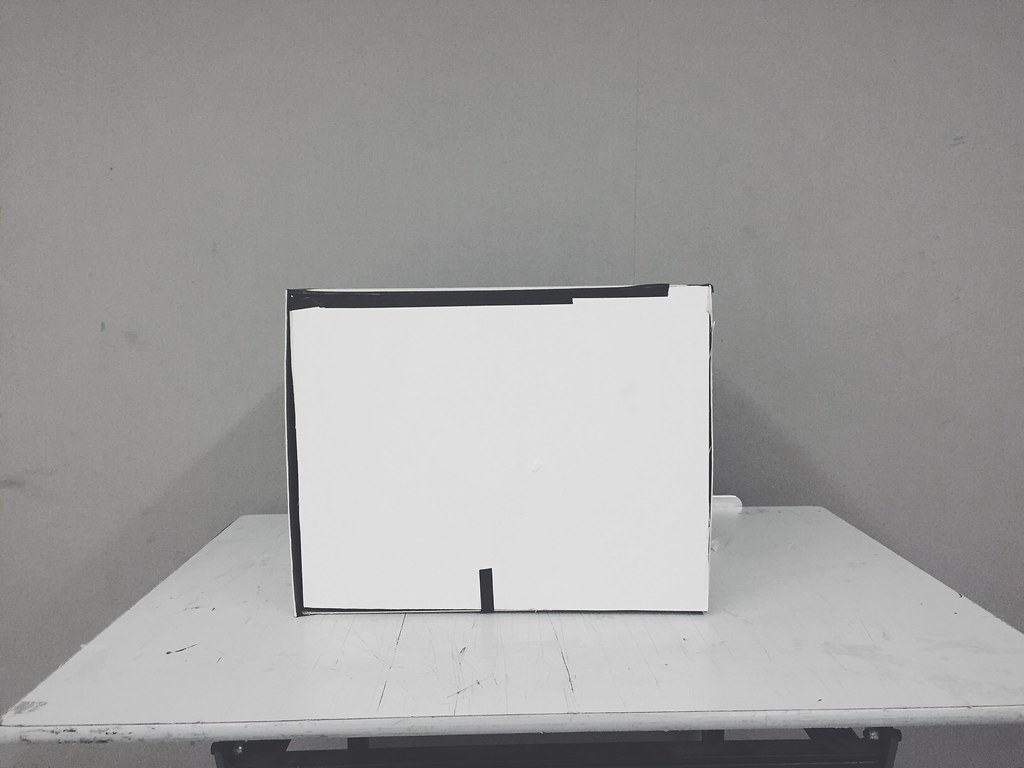