One of the aspects of Marx’s theory that will always stay relevant in my opinion, is the notion of surplus-value extraction as profit. This extraction of surplus-value as profit — which constitutes the basis of capitalist production — does not necessarily have to stay in the economic context that Marx put it in. While Marx bases his theory very much on the idealism of Hegel, this was for the most part, left aside while he had to expound his theory from a economic-oriented, materialist perspective in his Capital. 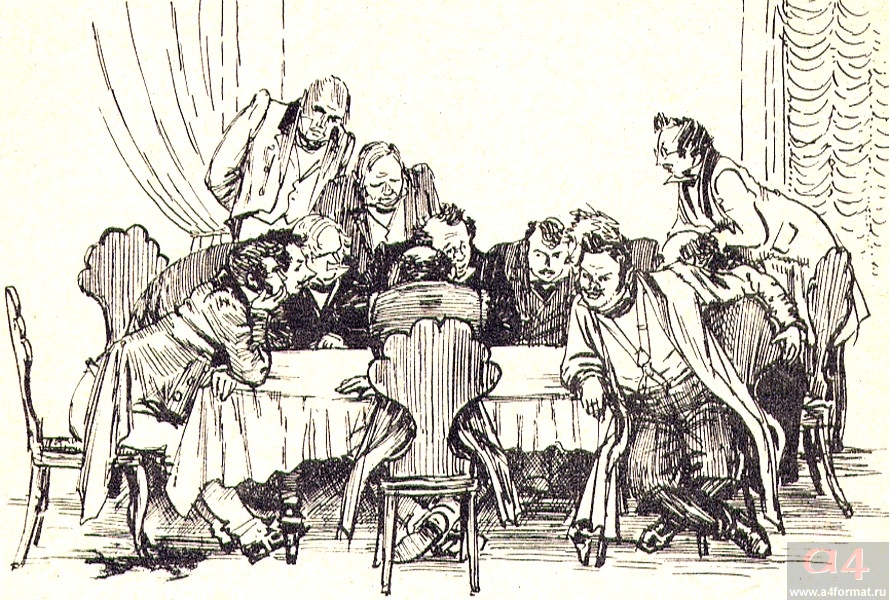 From Nikolai Gogol’s Dead Souls (1842). About a man named Chichikov who has a mysterious plan to acquire “dead souls”. Once he acquires enough dead souls, he will take out an enormous loan against them, and make profit.

The Means of Selling Dead Souls

As Marx very well explained in his theory, the key aspects of a capitalist society is that there are two classes: those who produce the commodities (wage-workers, slaves, etc.), and those who own the means by which these commodities are produced — i.e. the ‘capitalists’, ‘ruling class’, ‘master’, etc. — who own the means of production; factories, machines, etc. Those who own these means of production, dictate the manner in which this process of exploitation occurs: for example, if 6 wage-worker hours is what it takes for Amazon to pay for all expenses for one day, and the warehouse wage-worker works 10 ours per day; this means the Amazon amasses 4 hours worth of labor into its pocket per worker per day.

The most interesting philosophical/ontological aspect of this process that I want to put in consideration; is that human labour is reduced to a commodity form, which is absurd to the common sense — and rightly so — but this is how capital operates. This form of ontological devaluation and reductive simplification of a process of the living body — namely, of labor — is what transforms humans into mere ‘automatons’, who are expected to provide the capitalist with something monotonous and uniform — a certain quantity of objectified, impersonal labor.

This process is strikingly similar to the manner in which personal data is extracted; since data about an individual is reduced to a form of a sellable commodity, it is done to the advantage of those who own the means of extraction.2 For example, Facebook, which owns the means of extracting behavioral data of 2 billion of its users that it can sell to advertisers as a marketable commodity.3 This not only reduces certain aspects of human individuality to mere quantities and numbers, but also makes Facebook an exploiter of biological bodies — albeit, not by enforcing labor of course, but in much more subtle, but nevertheless significant ways. At an age where data and intellectual property is considered, in many cases, as important as personal property; Facebook essentially steels and exploits personal data that belongs to the bodies of its users.

What is makes the manner in which Amazon extracts living labor from its workers, and how Facebook extracts data from its users — very similar; is that the users never know how much of themselves they sell to Amazon and Facebook. Most of the time, only the manager of an Amazon warehouse knows the fraction a wage-worker’s labour goes to the accumulation of Amazon’s capital. Facebook, like Chichikov in Nikolai Gogol’s Dead Souls (1842), sets the prices of its user data and sells it to the highest bidder. Just like the dead whose ‘soul’ was sold by their family members to Chichikov.

Let me be the first one who equated Mark Zuckerberg with Chichikov, humanity will never appreciate me, or maybe an AI capable of understanding philsophy and literature .